Thank you everyone for all the positive feedback I have received after being interviewed on NPR’s Science Friday! 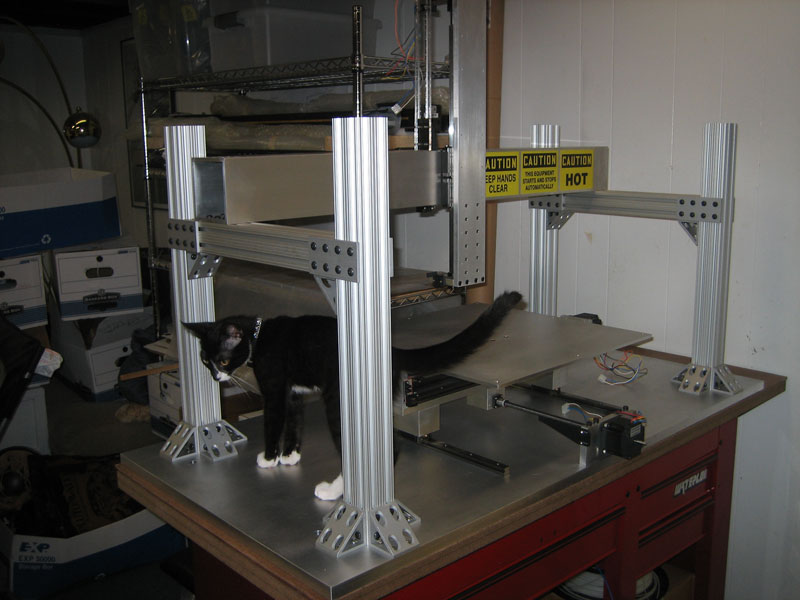 Eddie, the curious cat, was my shadow throughout the entire build and constantly jumped up in front of whatever I was working on. Luckily he was not interested in the machine itself, so I did not have to worry about locking him out of the room while it was running. He absolutely loves playing with ABS plastic filament though, and that can be counter productive when you are trying to untangle a 5 pound reel of plastic :) 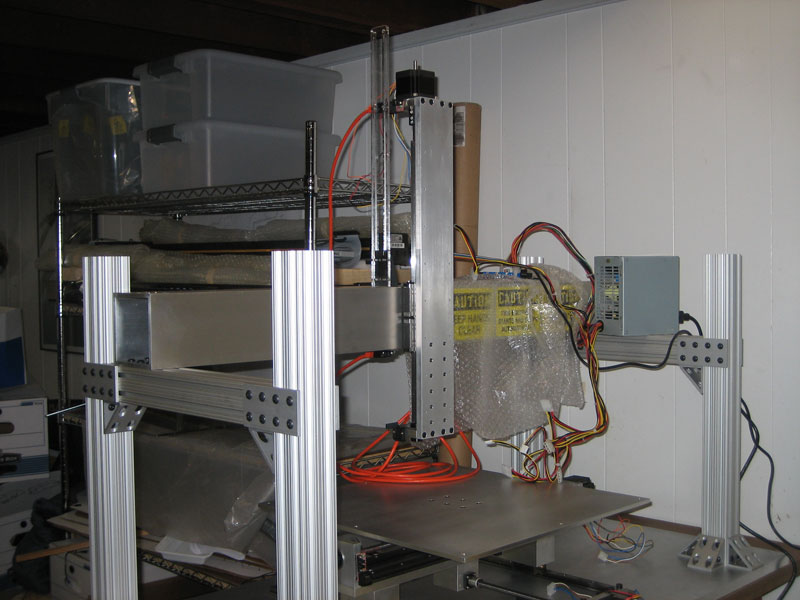 Testing of the Z axis by itself went well as expected. The bipolar stepper motor had no problem lifting the stage up and down at a leisurely 300mm/s.  It is much slower (1/3) than the X and Y axes, but that is just fine. With its 3/8″-12 single start ACME lead screw we get a high resolution in order to achieve those 0.425mm layer heights.

I had a video interview this week with an NPR radio program called Science Friday. They will be talking on the air today about 3D printing, around 2:50pm EST and will direct people to check out the video on their website [ScienceFriday.com]. Check it out below!

Today I was interviewed/videotaped (and my machine) for a program called Science Friday. A portion of it will air on the radio on NPR this Friday around 2:50pm EST and then the video will be on their website; sciencefriday.com. Be sure to check it out! 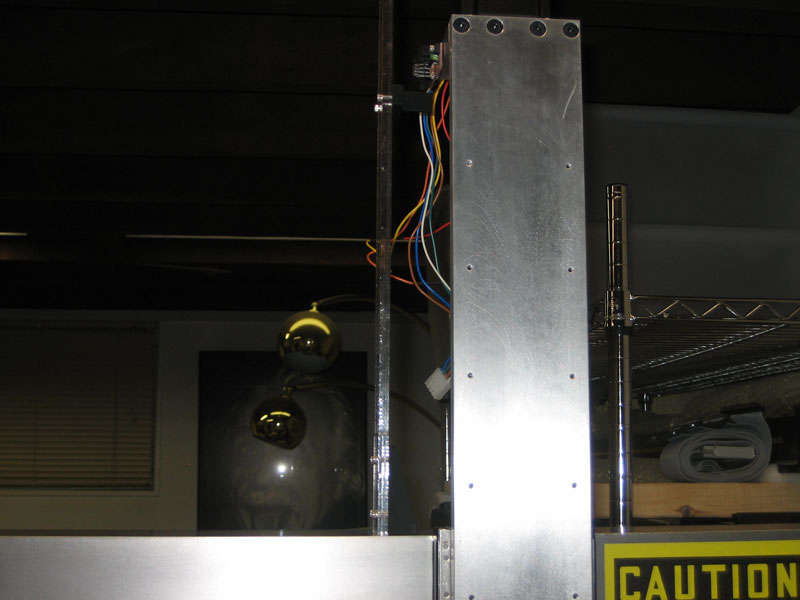 In the above image is the upper Z axis end stop flag which prevents the tool head from crashing into the build base. Each axis uses optical end stops, so when a flag breaks the beam on an end stop, the motor halts. The flag and right angle bracket (black) were printed on a commercial 3D printer. The translucent vertical piece is laser cut acrylic and serves as an adjustable mount for the flag. The length of this acrylic piece is necessary to accommodate the Z beam/Axis being mounted at different heights, so the flag can be set depedning on this height. For example, if the Z beam/Axis is set very low, say if we were  doing some milling, this Flag would be set very high on the Acrylic piece to keep the tool head from crashing into the build table. 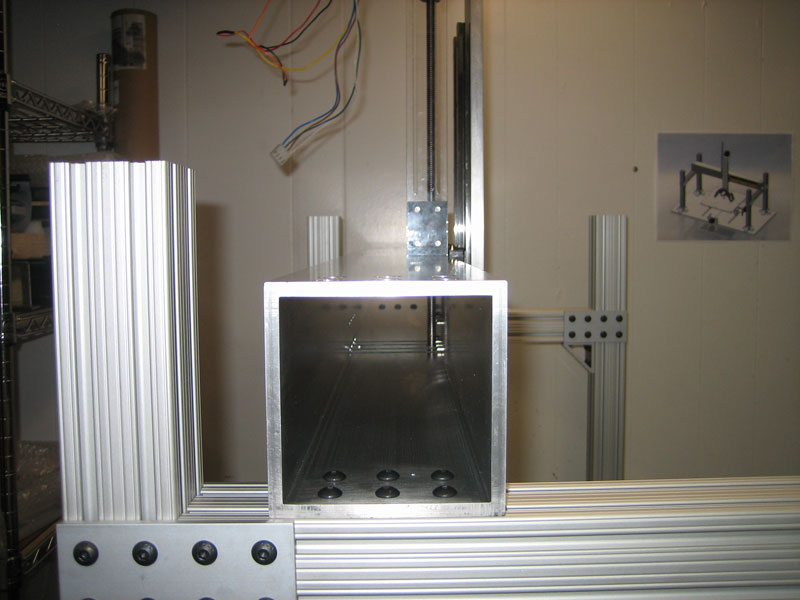 The above image is a side view close-up of the offset for the Z Beam. The Z beam can be bolted directly anywhere on that 80/20 frame cross strut to accommodate for any size and shape tool head. Currently it is offset so the brass nozzle of the Plastic Extruder Tool Head is directly in the center of the build plate to maximize the build area.