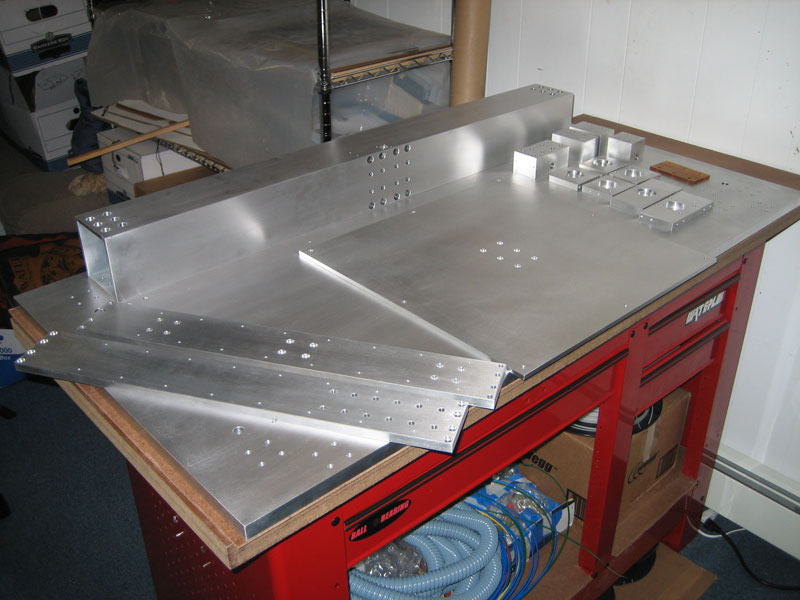 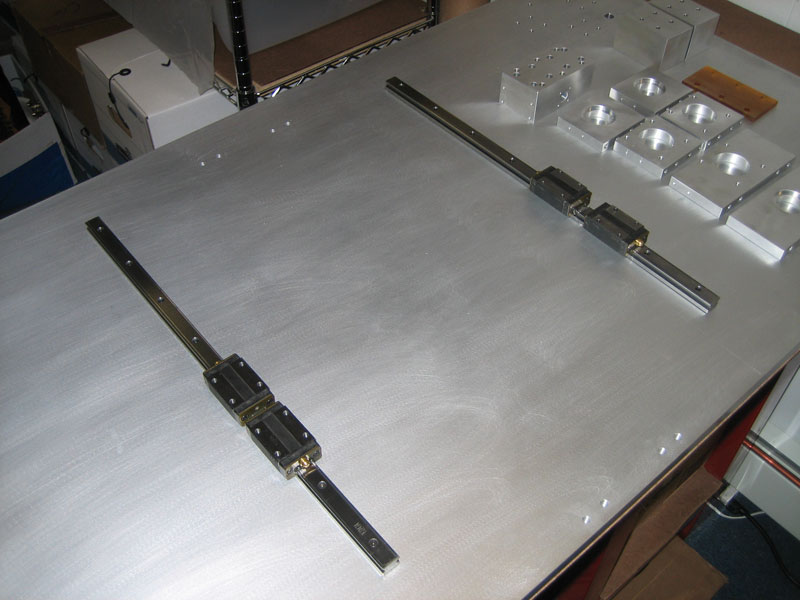 Thank you everyone for the overwhelmingly positive response since I launched yesterday! I have received a ton of emails, so if I have not responded to you yet, don’t worry, I will get back to you!

I have been asked quite a bit of very detailed questions about my printer,  So I thought it would be best to write a series of posts, complete with pictures, documenting the construction of the machine.

So…It all began in late 2008/early 2009 when I really wanted to build a 3D printer. There were not as many choices in DIY 3D printer designs then as there are nowadays. I could not find a machine design that I really liked that was capable of printing with ABS plastic. So I set off to design my own and ended up designing something like this: 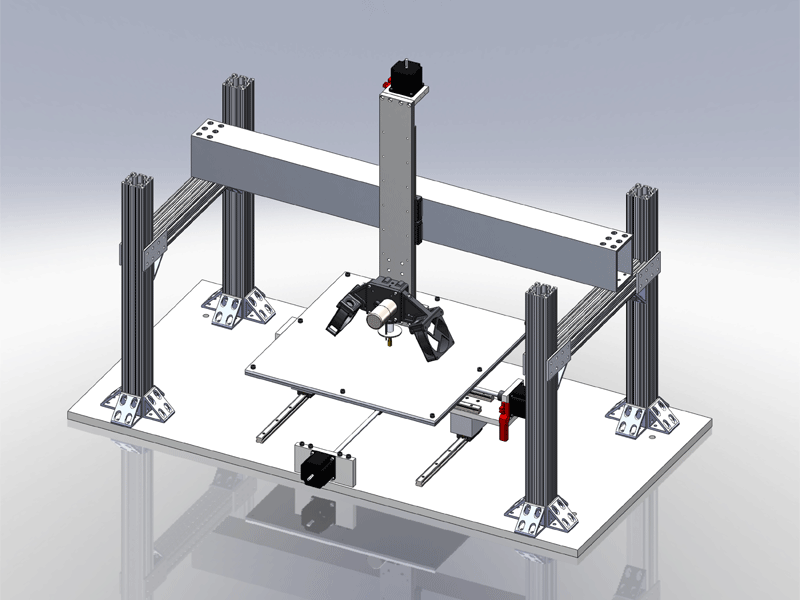 Now, this was not the first Solidworks CAD model I made of this printer, it is actually version 3.2 to be exact. I went through a number of design revisions in order to come to a modular, robust and reconfigurable design at the best value. But really what this whole machine is based off of, is the linear bearings. I bought 3 matching pairs of brand new 450mm long, THK linear recirculating ball bearings on eBay for a great deal I could not pass up. Once I had bought them, I decided that if I had these rather long linear rails, I might as well make a machine that takes advantage of their long length in order to achieve the largest build area possible. The build area of my machine is 403.00 x 403.00 x 322.70 mm [15.86 x 15.86 x 12.70 inches].

There are a number of features I designed into the machine for a future use which I have not yet thought of. If I was going to invest all this time, effort and money, I wanted a design that I could experiment with and be capable of using a variety of print heads. The best example of this is the 80/20 extrusion used to support the Z axis. This is so the height of the Z axis can be varied depending on the tool and task. For example, if a rotary cutting tool head is attached to cut wood, the Z axis would ideally need to be located as close to the cutting surface as possible to reduce the moment on the axis. Other features include a removable build base so different types build surfaces can be tested. There are also lots of mounting holes for future tool heads of any size as well as the ability of the Z Beam (the long, square aluminum tube that is on the top of the machine that holds the Z axis) to be secured at any position along its 80/20 support for print tools of all shapes and sizes. 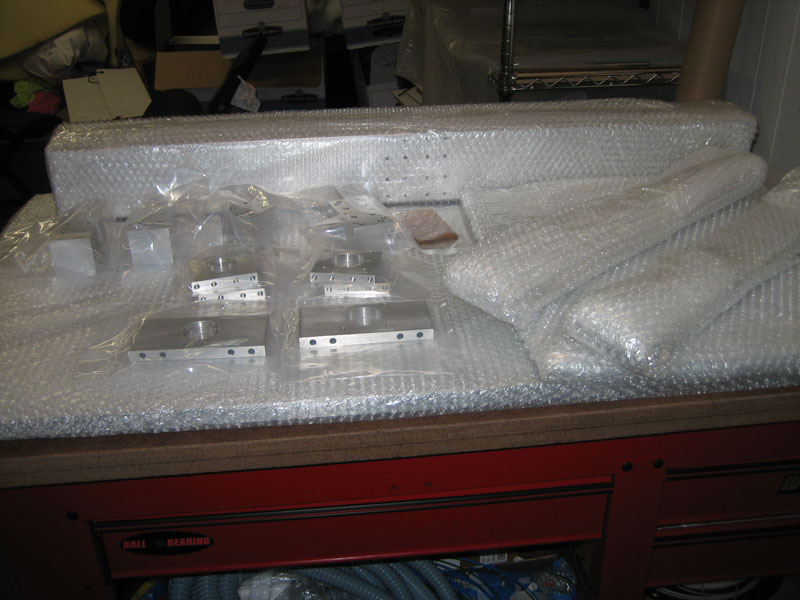 Machined parts fresh from the shop

Once I had finalized the design, I created a set of engineering drawings so my parts could be sent out to a machine shop. Due to the size of some of my parts, such as the table (which is a 2 x 4 foot, 3/4 inch thick [61 x 122 x 1.9 cm] slab of aluminum, I was not able to machine them myself. Luckily I have a friend who owns a local machine shop with some very large CNC mills, so I hired his shop for the job. The result of this, is above, wrapped in bubble-wrap.

I think this a good place to stop for today. My aim is to update this blog almost every day/other day, so stay tuned for more to come!

I created Grass Roots Engineering so I could share the developments and continual improvements of my 3D printing machines, as well as my perspectives on the rapidly growing commercial and DIY 3D printing communities. 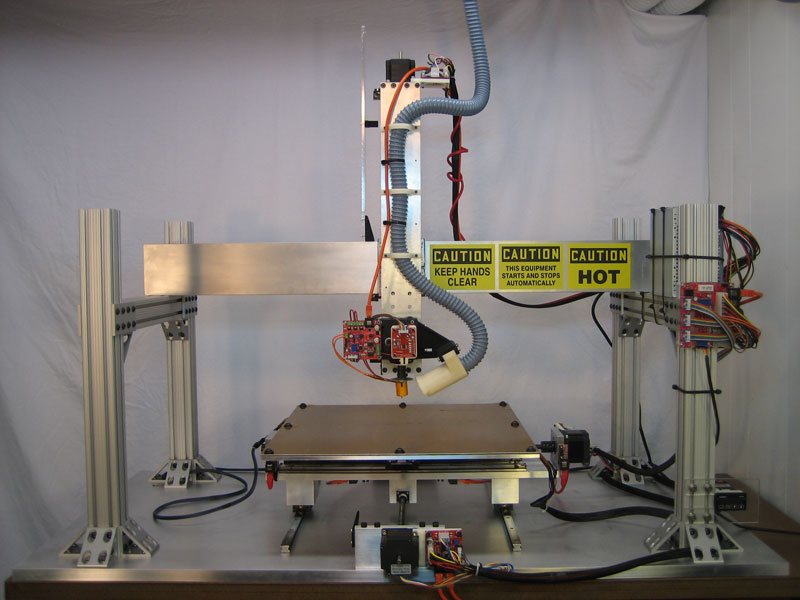 I have been involved with 3D printing for some time now, since I first discovered it and my eyes were opened to the manufacturing possibilities while I was pursing my B.S. in Mechanical Engineering at Rensselaer Polytechnic Institute in Troy, NY, USA. This led to industry sponsored undergraduate research with 3D printing unique materials. I then went on to pursue a Masters of Engineering in Mechanical Engineering at Cornell University in Ithaca, NY, USA. One of the reasons for choosing Cornell was to work on the open source Fab@Home project that was based there. As the Mechanical Systems team leader, I was in charge of designing and validating the new Model 2.0 system for public release [see My Fab@Home page]. I also have been working on a large scale 3D printer of my own design since late 2008 and as of Summer 2010, it is fully functional [more details on the My Machine page].