Wednesday, March 9th 1983, 8:39pm MST was the exact moment that the very first 3D printed part ever was made. It was printed by my companies’ founder, Chuck Hull, using the 3D printing method he invented; Stereolithography (SLA). At CES this past January, I had the opportunity to meet Chuck’s lovely wife, who I learned was carrying that very part in a padded box in her purse! So, naturally I had to hold this very important piece of 3D printing history and get my picture taken with it :) 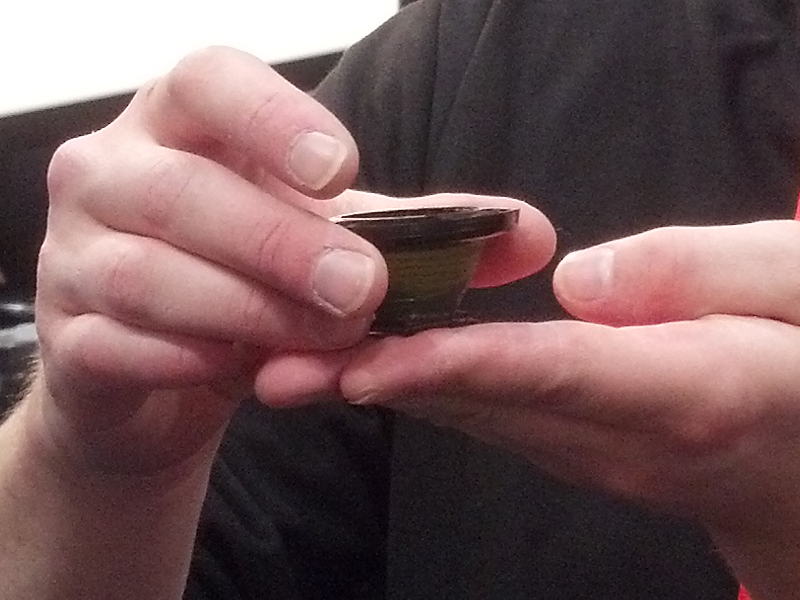 This coming Saturday is March 9th 2013, and thus will mark the 30th anniversary of the birth of 3D printing. Since this little part was printed, Additive Manufacturing has come an incredibly long way; I can only imagine what the next 30 years will be like for this industry.

When asked for a clip of my large 3D print timelaspe to be included in a new video by Code.org, I had to oblige. Code.org is a non-profit foundation aimed at making computer programming interesting to young students, and committed to providing the opportunity for learning to code available at every school.

The short film (longer version here) breaks down the myths surrounding computer programming and shows that coding is an exciting, challenging and fun thing to do. The film also demonstrates that coders work at some of today’s most innovative companies and have a real impact on the world around them. The short features Bill Gates, Mark Zuckerberg, and other tech and media celebrities to motivate students (and their parents) to learn to code. The film is directed by Lesley Chilcott, producer for An Inconvenient Truth and Waiting for Superman. The film was launched this week with a large mainstream media publicity campaign, as well as being distributed to thousands of teachers to play in classrooms across the country. Video below; clip is around 2:17.