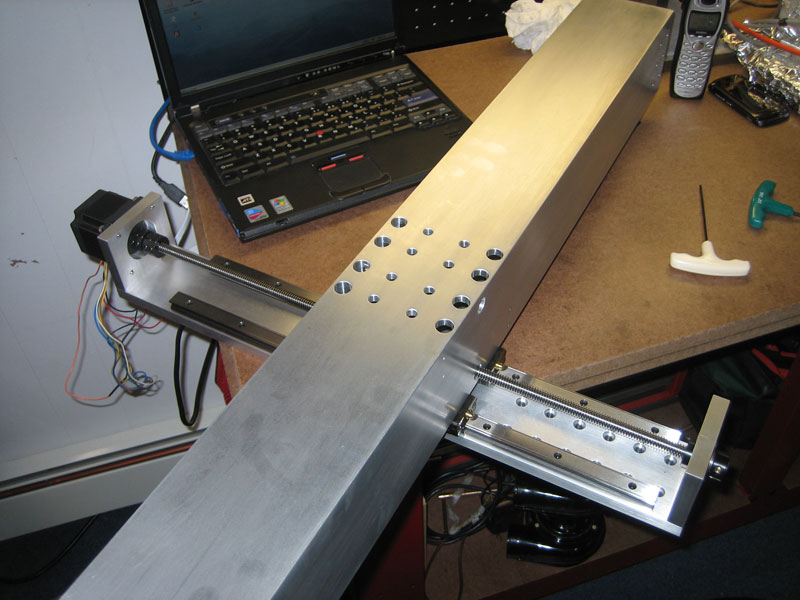 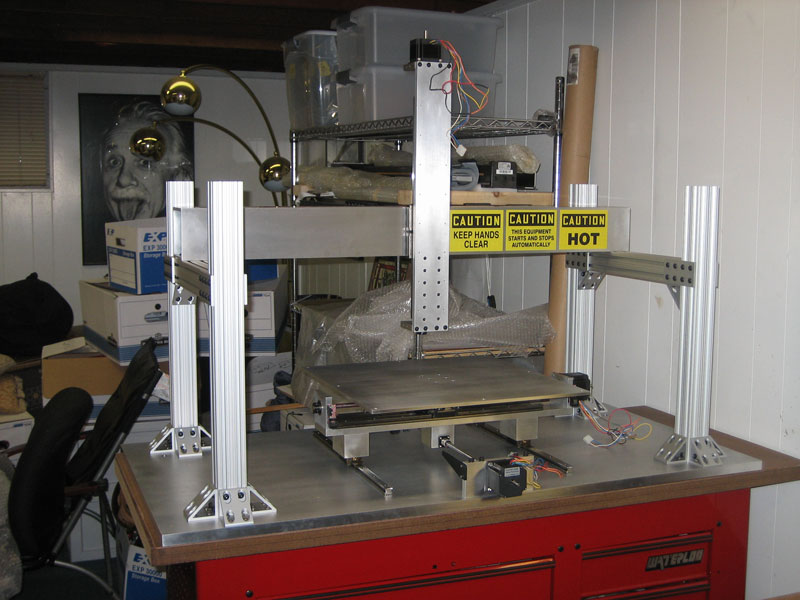 2 x 2 inch aluminum 80/20 extrusion was used as the support structure for the Z axis stage. This was a more cost effective option than getting a custom support structure machined as well as offering more flexibility for future use. Standard joining plates and right angle brackets were used to secure the structure and ensure its rigidity. The four main vertical pieces bolt directly into the aluminum table base, while the two horizontal cross struts can be positioned at any height depending on the tool head being used. 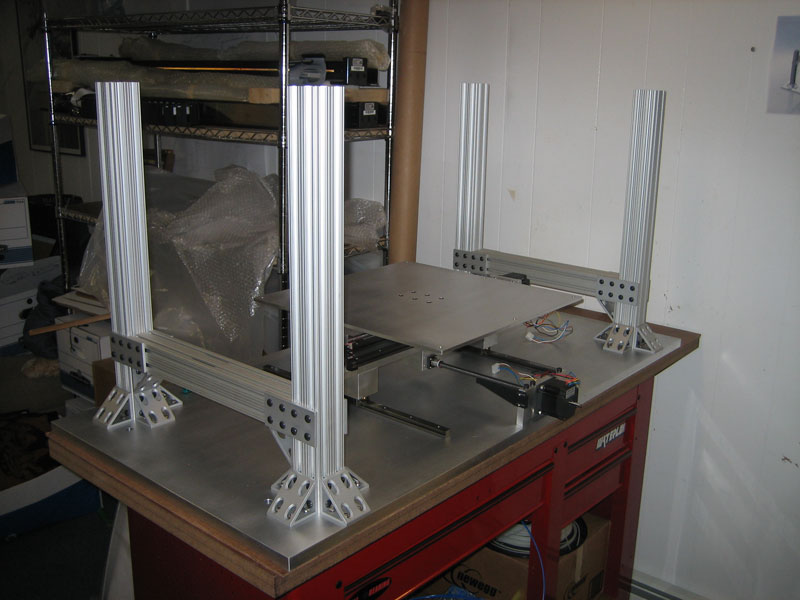 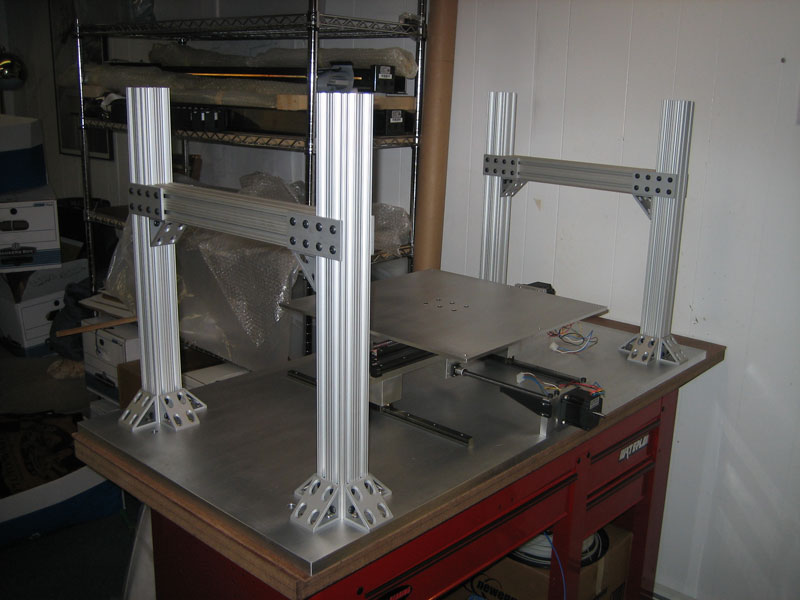 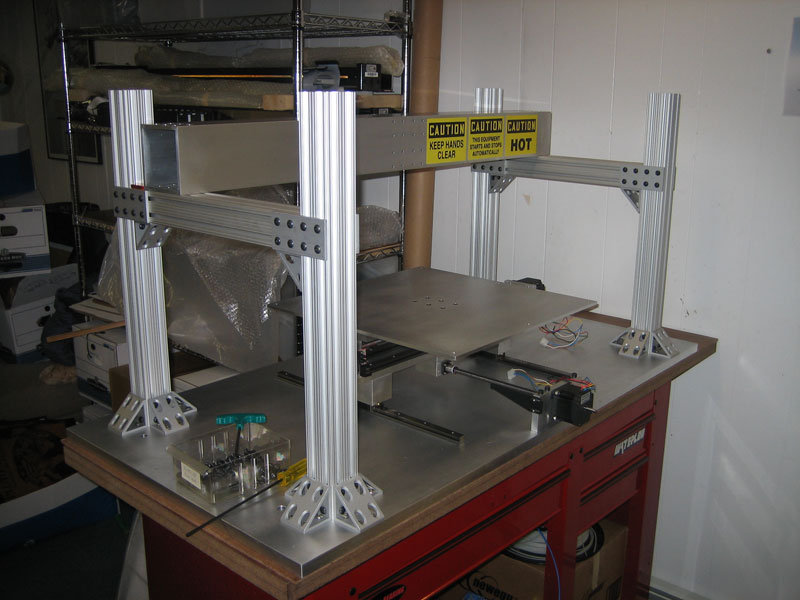 Once all the 80/20 pieces were positioned and secured, the Z beam was temporarily mounted in order to test its positioning. It can be variably positioned in the X plane so tool heads of different sizes can be set so that they are centered over the build base. In the above image it is set so that the nozzle tip of the plastic extruder will be perfectly centered over the build base, in order to maximize the build area. Using my CAD model, I made some jigs by laser cutting some scrap pieces of acrylic to the exact length required for positioning the cross struts and Z beam to the correct position, instead of measuring with calipers. 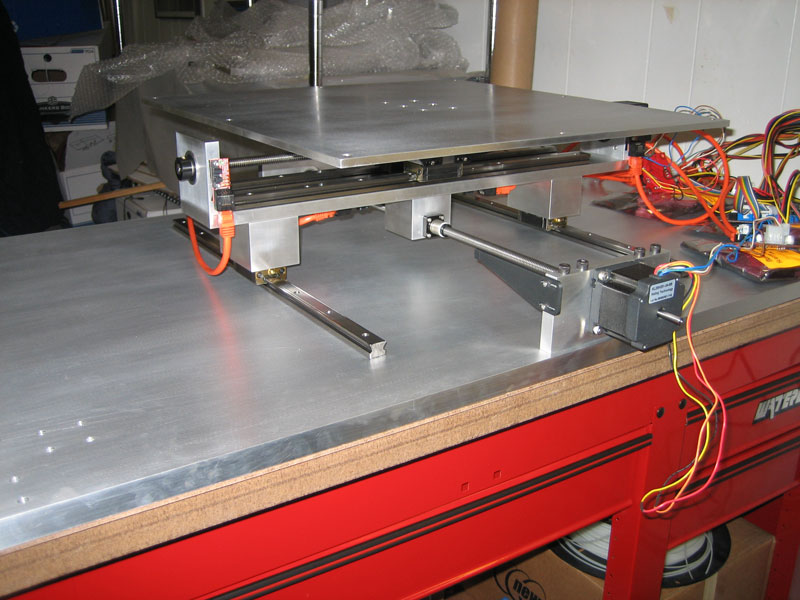 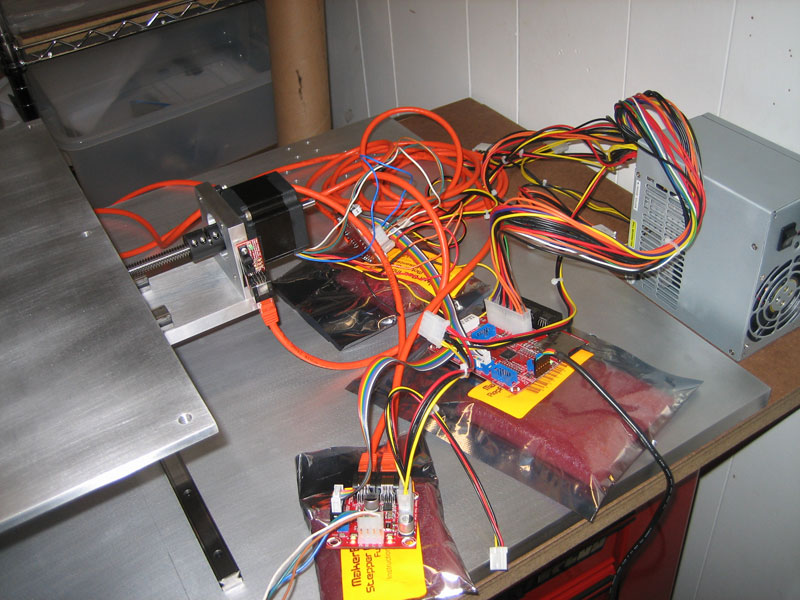